Trish Causey is an ArtistAlchemist, combining her performing arts background as a professional singer, award-winning composer, author, talk show host, & freelance Broadway journalist with the esoteric arts of quantum healing, Tantra, sexual anatomy & function, & sex magik. A torch-bearer for the Divine Feminine revolution, Trish is a warrior fire spirit & Twin Flame on soul mission to bring pleasure & bliss to the forefront of the awakening collective, while exposing ingrained cultural sexual abuse. As a self-described “SacredSex Shaman”, Trish helps clients awaken their bodies’ potential for cosmic-level orgasms as each allows their body to reveal its inherent mind-blowing capacity for bliss. In fact, her clients have called her “The Vagina Goddess” as well as “The Penis Guru”. She guides her clients as they transcend their fears & uncertainties, bust through their own B.S., & anchor love, healing, sovereignty, & consciousness within themselves. With her “Tantrik Fire Magik Alchemy & Evolution” process, Trish teaches her clients to navigate the path of least resistance to manifest the life, relationships, & money of their dreams while working through the trials & traumas of this lifetime & past lives. She assists her clients with pivotal breakthroughs, utilizing her talents as an empathic intuitive, spiritual wealth consultant, business alignment coach, master tarot reader, numerologist, transformational guide, & relationship-sexpert. Trish offers exclusive coaching packages for those who are serious about intense transformation, as well as online courses, group classes, & retreats. Former host of “ArousedWoman Radio with Trish Causey” as well as “SacredSex with Trish”, learn more at www.TrishCausey.com.

In my personal life, I began documenting my sexual awakening in 2011, blogging as “ArousedWoman”. I went on to write about sexuality health & function, as well as coach readers on their relationships.

I became known as an outspoken advocate for women’s orgasm & female ejaculation as well as for men’s sexual health, earning the name “The Penis Guru” from male clients.

As a self-described “SacredSex Shaman”, I help my clients awaken their bodies’ potential for cosmic-level orgasms as each allows their body to reveal its inherent mind-blowing capacity for bliss. I guide my soul-tribe clients as they transcend their fears & uncertainties, bust through their own B.S., & anchor love, healing, sovereignty, & consciousness within themselves.

My soul mission work as a SacredSex Shaman involves helping people anchor love, passion, healing, & consciousness into their lives & relationships. I do this is as a private coach, a mastermind group facilitator, the host/producer of the talk show “SacredSex with Trish”, plus “The Trish Causey Show”, & as the author of the upcoming book, “INTACT: Men As They Were Born to Be”.

As a public speaker, I frequently appear at events, chat as a guest on talk shows, & educate at workshops. I do Live Q&A’s on my YouTube, so be sure to subscribe there. Also, please follow me here on my blog & on my social media to see where I am speaking next.

Trish Causey is an ArtistAlchemist: singer, writer, composer, feminist, and human rights’ activist. Every original work she creates addresses an issue pertinent to society, culture, and/or human rights. Her original works include two stage musicals, a one-act opera, a requiem, many stand-alone songs, a play, a meditation track, a vocal exercises CD, & an album of original music to be released in 2022.

Some of Causey’s music and works include the following:

She is the creator of “Musical Theatre Talk with Trish Causey”, an online radio show that grew to have 27,000 listeners globally. With MTT, she covered the Tony Awards in New York City as part of the official press. In 2013, she went on hiatus from the radio show to create Musical Theatre Magazine, a digital publication featuring extensive interviews with Tony Award winners, Broadway stars, the best coaches in the business, plus reviews and career advice. She was also the Guide for Theatre on About.com for nearly three years, wrote numerous cover stories and feature articles for Stage Directions Magazine and TheatreFace.com, and was the Managing Editor for BroadwaySpace.com.

Aside from being a creative artist, Causey is also an experienced performer and Production Stage Manager. Some of her favorite roles include “Cinderella’s Stepmother” in INTO THE WOODS, “Billie Jo Casta” in OEDIPUS TEX, “Fraulein Kost” in CABARET, “Marion” in ON TIDY ENDINGS, and “Ermengarde Vandergelder” in HELLO, DOLLY! One particular highlight was performing as “Ms. Hamm” in THE TRIAL OF THE BIG BAD WOLF for over two years locally and at SETC competition in Florida, and then representing the United States at international theatre competition in South Korea, where the show won the Grand Prize. Causey has stage managed several repertory productions with Equity actors, a casino revue, and worked as the Assistant Production Stage Manager for the 2010 USA International Ballet Competition, the largest ballet competition in the world.

Causey channeled her activism into an unabashedly feminist blog, ArousedWoman(TM) in 2012. The word “arouse” means to stir to action, to awaken. She could not sit idly by while the rampant misogyny in Congress and state legislatures stripped women of their basic rights to body autonomy on an almost daily basis. In 2014, Causey brought her activism to the mainstream when she ran as a progressive liberal Democratic Party candidate for the U.S. House of Representatives in Mississippi’s 4th Congressional District. She lost the primary but earned 44.6% of the votes. She is also a vocal advocate for the women’s campaigns to end society’s shame regarding women’s bodies and body image. In 2017, she brought ArousedWoman under her personal website so that all her activism could be in one place with her artistic works.

As a survivor of sexual abuse, Causey turned to Tantra Yoga to help her deal with self-shame and PTSD. From this healing experience, she created AWESOM(TM), an online course, so others can benefit from the practical application of Tantra in their everyday conscious living.

Currently, Causey writes for hire on several platforms and sings at venues locally and out-of-state, performing for the public and for private events. Song styles range from Broadway to jazz, Irish pub gigs, plus rock, folk, and American standards. She will gladly sing for weddings, wakes, bar mitzvahs, or birthday parties for well-behaved children.

Trish Causey is a true bohemian at heart and a very spiritual person. Her dream house is a treehouse or a cottage in the woods. She likes to feel the earth beneath her feet and the wind in her hair. Every November, she hosts the “Community Thanksgiving” free potluck to bring locals together. With an affection for world cultures, she has studied the ethnic dance traditions of Andalucia (Spain), the Middle East, India, and North Africa, taken college courses on Indian and world religions, is certified in yoga and Pilates, and is a certified holistic life coach. As a wedding officiant, she specializes in non-traditional and downright weird wedding ceremonies. And yes, she plans on spending a year in India at some point.

She is also the proud single mom of her daughter Ari, a visual artist and college student.

Trish Causey is available for performing, writing, composing, travel, and other paid work. She does not like writing on spec, and she most certainly does not sing for beer or exposure.

I am an ArtistActivist, and I express my creativity in my work as a singer, writer, composer, director, YouTube video-maker, radio host, community organizer, tantrika, and life coach.

My artistic works are usually connected to an element of social awareness, to plant the seed for change and tolerance in the hearts and minds of the audience. My work incorporates human rights issues as well as my staunch feminism to end the shame surrounding women, our bodies, our rights, and sex, while creating awareness about sexual trauma and the ensuing PTSD many survivors experience. I believe the First Amendment is non-negotiable, and I work to protect our basic freedoms of speech, religion, and expression.

My artistry spans several genres within the musical, spoken word, and playwright arts. My art and my activism are synonymous. Creating art takes courage on any given day. To cement your fluid thoughts and feelings into a permanent form, to reveal your innermost thoughts of self and connection – or disconnection – for the world to see makes every artist brave.

When I had my daughter, I turned my performing energy toward writing and composing. I started composing songs and shows because I didn’t know what else to do with my need to create. My original creations did not come from a desire to be famous but from a frustrated need to express my views on human rights, by which I had no other means to vent. Now, I love creating stories in my daily effort to “Be the Change”.

When initially thinking up a story and its characters, I sit quietly and allow the dialogue or songs to play out in my head. The spoken word is music to me. The pitch, rhythm, and intervallic relationship of sounds between people is musical to me. I know it’s good when I see a dance performance in my mind’s eye while hearing the words/music consuming every other part of me. When I’m ready to solidify the words, lyrics, or melody, I start long-hand on notebook paper, then go to the computer.

The cultural influences on my life find their way into all of my pieces. My background in singing Musical Theatre, opera, jazz, and Irish music is then juxtaposed by my background in dancing: ballet, theatrical, belly dancing, ethnic European dancing, and Andalucian/Flamenco. Because of this, I call my music compositional style “Global Deep-fried Theatrical Jazz”. Even in my non-musical works, culture, music, and expression are extremely important to every piece.

As long as social justice and human rights issues need to be addressed, I will always have work to do. As I learn more skills, I will seek out opportunities in other genres to reach even more people, to plant more seeds of tolerance, hope, and awakening. 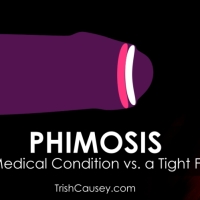