Madonna is shamed in the media as both an “older woman” and as a sexual person.

I saw a short “article” (i.e., post on a gossip rag) about Madonna possibly dating a famous opera tenor.  It mentioned that she has had several “toyboy” relationships since separating from her husband, and it made a big deal of the fact that Madonna is older than Kaufmann.

The article is sexist and misogynistic. But what else is new….

How many real-life relationships and Hollywood films have featured a male star who is much older than the female co-star?  Think of any film in the past 30 years starring men such as Harrison Ford, Michael Douglas, Sean Connery, Pierce Brosnan, even George Clooney, and you’ll notice that an older man being with a younger woman is perfectly accepted by the public.  But when it is the woman who’s older, she’s judged in the media as if she’s robbing the proverbial cradle.  And why is it that when a famous “older woman” dates a younger man, it makes news?  (“Here’s to you, Mrs. Robinson….”)

Perhaps the prudes in our society should know that in the Middle Ages, it was commonplace for an adult man to be engaged to a female child and wed her when she was 15 in order to build socio-economic and/or socio-political alliances.  In fact, a man could marry (in a church, by a priest) a girl who was younger than 15 as long as the man promised not to “touch her” until she was 15 — as 15 was the magic age condoned by the church.  Glad to know a pinky-swear was protecting young girls from being ravished by their much-senior husbands.  (Not.)  There are even instances recorded of men being engaged to infant girls — all for the wealth and security of rich folks invested in patriarchal society.  (“Jesus loves you more than you will know….”)

The other part of the “article” that annoyed me was the “toyboy” comment about Madonna, referring to her various lovers since the end of her marriage.  First, who cares that she’s had several lovers?  Or any?  That people with no lives actually care about Madonna’s sex life is ridiculous.  Secondly, shaming a woman for taking lovers is misogynistic, and yet, it is nothing new.  If she is following her heart (or her body) with her relationships, that is her business.

Do we really need to go over how men are lauded for taking lots of lovers?  A man who dates (sleeps with) lots of women is called a “lady’s man”, a “playboy”, a “player”.  His cred goes up.  But when a woman dates (sleeps with) lots of men, she’s considered a “slut”, a “whore”, a piece of trash.  When a woman follows her sexual passions, she’s characterized as a carnivorous pariah.  Because good girls don’t behave that way — “bad” girls do.  Because good girls go to heaven, while “bad” girls go everywhere.  (“Heaven holds a place for those who pray….”)

It’s the 21st century.  We should be able to talk honestly and respectfully about women over age 40 having sex — or about women having as many lovers as they want — without judgment.

It’s nearly 2015.  The Middle Ages were a thousand years ago.  Women should not have to justify having sex.  At all.

There is much competition between circumcised men saying there's nothing "wrong" with their penis & intact men trying to make themselves feel better by "one-upping" cut men because intact men have their sexual anatomy intact. This is unnecessary competition. Yes, intact men feel more physically & orgasmically. And yes, scientific studies prove sex with intact men is better. But just having your foreskin doesn't make you a better lover if you don't understand your partner's anatomy as well as their sexual & sensual needs also. And any (American) intact man who hasn't done the self-worth healing he needs to do will never be truly "whole".
Illusions are coming up to be released. Let them go.
My puppy @conallgreatwolf snuck up onto my pillows while I was in the shower. 🤗😘🐺
Oh, the many faces I make when on camera. 😆 Did a FANTASTIC live psychic readings & card pulls with the incredible @scarletguide last night. Was amazing! In fact, I've been asked to do it again really soon, so I think I will!
OpEd: THE UNBEARABLE HEAVINESS OF BEING ….
OpEd: THE UNBEARABLE HEAVINESS OF BEING …. 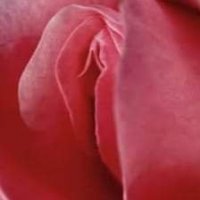