Tantra: The Cult of Ecstasy is a large-sized paperback book originally published in Britain that covers some of the basics about Tantra, offering accurate information on this ancient, extensive, and often confusing topic.  The book features full-color photographs from the Tantra sutras, connecting the reader with Tantric history.  The author, Indra Sinha, focuses on the ancient paths of Tantra: the goddesses associated, sacred sites, mantras, and meditations, as well as explains the many misconceptions of Tantra as presented in the West.  Sinha was a Sanskrit scholar at Cambridge and also wrote one of the popular modern translations of the infamous Kama Sutra.

The reason I like Tantra: The Cult of Ecstasy is because it touches on so many important topics of Tantra but in manageable pieces, perfectly combined with the photos and visually-friendly layout. The photographs are taken from various primary sources – the Tantra sutras, and incorporate various symbolic aspects that the ancients readily understood but may seem shocking or just weird to the modern viewer. Some of the iconography includes blood-covered goddesses, wriggling serpents, and a plethora of yoni (vulvas) and linga (penises).  The book also features centuries-old Tantric drawings and paintings that depict maithuna (sexual union), so this book is “Not Safe For Work” and might be best for readers aged 21 or older.

This book touches on so many important topics in a thorough but easy-to-grasp manner that it makes a perfect beginner’s book to Tantra.  I heartily recommend Tantra: The Cult of Ecstasy as a primer for Tantra: The Cult of the Feminine by Andre Van Lysebeth, Tantric Yoga and the Wisdom Goddesses by Dr. David Frawley, and Awakening Shakti: The Transformative Power of the Goddesses of Yoga by Sally Kempton.  As the umbrella over all the yogas, including hatha and kundalini, Tantra is a shamanic science present in all forms of yogic practice, but the majority of Tantric gnosticism regarding sex is rarely presented at the average yoga studio while being hypersexualized in most New Age Tantric books and workshops.

Another book with a similar cover is Tools for Tantra by North Indian musician and writer Harish Johari, an excellent introduction to the yogic mandalas, Sanskrit mantras, and visual yantras used in Tantra.  However, this book is a bit of a dryer read, and so Tantra: The Cult of Ecstasy is still a better opener to Tantra.

As one writer has said, a book without Tantra’s yantra is not really a book on Tantra. Therein lies the great problem with researching Tantra. It is difficult to sort through the numerous books available to ascertain which one will have the best, most reliable information.  Finding a teacher versed in real Tantra is even more difficult.  Tantra is a way of life, not an hour-long yoga session Monday-Wednesday-Friday, nor a collection of kinky sex positions. Tantra literally means a “tool for expansion” and is thought of as a “web”, a connected yet expanding consciousness, bridging the microcosm with the macrocosm and back again, cyclically.

The author, Sinha, writes on page 15, “The basis of all Tantrism is the worship of Sakti and Siva, the female and the male principles…. Without Sakti, there is no Siva, and no Siva without Sakti.” Sinha states emphatically in the previous paragraph, “Siva and Sakti cannot be separated.” (14-15) This very specific religious and spiritual foundation is probably the reason most Tantrism in the West has been secularized, stripping the “foreign” and non-Christian aspects to make Tantra and sexuality more palatable for sexually-repressed Americans.  While I personally, do not subscribe to Sanatana Dharma (“Hinduism”), I appreciate the energies anthropomorphized as the balancing principals of Shakti or Shiva.  Sinha has included the “foreign” bits and ancient spiritual practices for the Tantra newcomer.

The photographs of the ancient depictions of Tantra, her goddesses, and the sacred symbols can be jarring at first.  The modern observer may find it odd to see detached penises and flying vulvas included in sacred sexuality.  I will admit, that it does seem a bit “J. Alfred Prufrock’ed” at times.  However, like all symbols, they are meant to jog the memory of the mind, the heart, and/or the subconscious self, not to be the whole story in and of itself.

Intriguing to some and perhaps shocking to others, Tantra: The Cult of Ecstasy helps diminish the hypersexualized celebrity of Tantra and add fact where fiction has reigned in the popular consciousness.  Sinha perfectly synthesizes centuries of teachings into a helpful, 154-page book, including an impressive 9-page bibliography and index, that informs but does not overwhelm the senses.  Anyone looking to dip her or his toe into the expansive waters of Tantra would do well to start with Sinha’s Tantra: The Cult of Ecstasy. 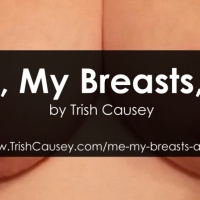