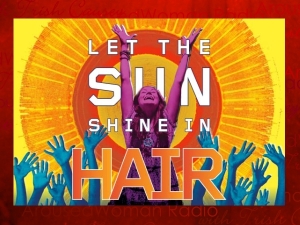 Today, I interviewed theatre critic Peter Filichia on the topic of Social Awareness in Musical Theatre.

Musical Theatre has been a platform for exploring topics of social justice and social awareness since its beginnings. Musical productions have pushed the boundary of what is comfortable for audiences from Show Boat, to West Side Story, through Hair, Cabaret, Chicago, La Cage, and in to the modern musical age with Ragtime, Rent, Fela!, Priscilla Queen of the Desert, and even the current hit Kinky Boots.

Peter Filichia is the author of Let’s Put on a Musical, now in its third printing; Broadway Musicals: The Biggest Hit of the Season / The Biggest Flop of the Season, and Broadway Musical MVPs 1960-2010: The Most Valuable Players of the Last 50 Seasons. His new book, Strippers, Showgirls, and Sharks was published in May, 2013 by St. Martin’s Press.

As you can tell by listening to the show, I absolutely LOVE Musical Theatre. 🙂 Check out the replay and come back here to leave a comment!

Listen to all replays of ArousedWoman Radio with Trish Causey on the main website, ArousedWoman.com.