Toenails confound me.  Perhaps toenails once served a purpose as claws when we wore loincloths and had to fend for ourselves in hand-to-hand combat.  Or maybe they helped us climb hills to plan an attack on a mammoth or run up a tree fleeing a saber tooth tiger.  Toenails have outlived their usefulness in the 21st century, as have the Appendix or the bones of the coccyx that recall our once fluffy mammalian tail.

Genital hair is just as useless in my opinion.  Oh, sure, some say genital hair acts as a cushion during mating, and scientists say genital hair’s original purpose was to absorb the pheromones of a lover, their scent lingering long after he or she had left the coital splendor.  Absorbing scent is the main reason I don’t care for the au naturel hairy-mammoth-between-the-legs look.  Though I have other reasons as well…

After the BP oil spill in 2010, people around the world donated their luscious locks (from their head) to be woven together into absorbent mats and dropped on the affected Gulf.  Hair was reportedly the best material for absorbing the oil.  Soaking up moisture is another reason I shave.

Only recently did I begin shaving it all as bare as a genetically-altered lab rat.  In the shower late one night, I was tired and barely awake under the soothing hot water.  But knowing I couldn’t tolerate a day of stubble, I hoisted my leg up onto the tub faucet and began shaving, and then — oops! — the razor slipped.  My perfect triangle was now gouged.  So I thought, why the hell not?!  And I shaved myself completely bare for the first time ever.  (This is in light of the fact that I haven’t shaved my thighs since I was 21.  But my genitals get the razor treatment every night, and sometimes during the day.)

For a woman, the genital area is dark, damp, and humid.  In Western society, women tend to be covered up under layers of clothing, underwear, and hosiery.  Women’s genital hair absorbs a variety of moist substances including sweat, oils, vaginal fluids, urine, and blood.

The hair also absorbs the smells from being saturated with any combination of those fluids while maintaining a hot, humid 98.6 degree body temperature.  It’s no wonder men think women smell like fish!  (Though the fishy smell is usually a sign of a bacterial problem that needs attention.)  Even gynecologists have begun recommending women shave at least the labia to lessen the chance of bacteria hanging out in the bush(es) and making its way into the vagina, possibly causing any number of issues from bacterial vaginosis to chronic pelvic inflammation disease.

I readily admit that shaving the genitals is a form of body modification, as is a woman shaving her legs and armpits, or a man shaving stubble from his face or waxing his back.  Any kind of grooming can be seen as “changing the body,” from wearing make-up or painting your nails to getting your cranial locks trimmed and styled.  Wearing deodorant could even be viewed as body modification!

While certain forms of body modification are simply barbaric, such as male circumcision and female genital mutilation, I have no qualms asking a partner to shave his or her nether-regions. Why? #1 – The person decides if he or she will shave their genitals, and #2 – The hair will grow back. Therefore, asking a partner to shave or “manscape” is perfectly acceptable. Why?  #1 – The person maintained his/her freedoms of choice and will, and #2 – Shaving is not a permanent change.

I remember very clearly the first time I shaved “down under.”  The tub drain clogged up. I dreaded the thought of calling a plumber and having to explain, as someone with long, flowing tresses, where all that short hair came from.

I also remember the moment I actually told someone why I shave.  It was after one of our weekend-long theatre orgies, and a friend and I were making the bed before we had to leave for rehearsal.  She said something that prompted me to respond, quite matter-of-factly, “I started shaving because I got tired of getting the hairs caught between my fingers when I masturbated.”  (This might have been the first time I actually said the word “masturbated” out loud.)  My friend, who was shockless, seemed amused (and shocked). And yet, the gleam in her eye told me she totally understood.

Simply put, I got tired of pubic hair becoming dental floss.  For me, nothing ruins giving a great oral session faster than having to pause and scrape loose short hairs off the roof of my mouth with my tongue — picture a dog trying to eat peanut butter — it’s not pretty.

Then there’s the hair around the anus and trapped up along the butt crack.  Put your nose in that area of someone’s backside if you can’t imagine the smells those genital hairs absorb!

Shaving makes me feel so much cleaner and healthier.  In fact, as I like to say, “My cunt’s so clean you could eat off it.”

Because I work at home, I have the luxury of washing off after I go to the bathroom.  I know I can put my hand between my legs any time and love the smell on my fingers because the only scent that’s there is my true essence from deep with me.

So I completely respect a person’s right not to change his or her body by shaving.  However, my potential partner will have to respect that I’m not going to gag on pubes or unpleasant aromas from their nether-regions.  (And really, who would turn down sex over this anyway?)  So shave or move along. 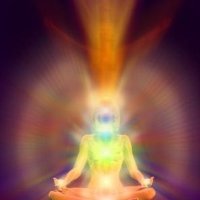