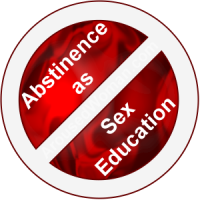 After the disgusting male chauvinism displayed by the Republicans in the United States Congress recently, the Puritanical hammer hit home (again) this morning.

I received a recorded phone message from my daughter’s middle school, explaining that the new state law requiring sex education in our public schools is going into effect. Parents and educators are being asked to answer a survey to see what “kind” of sex-education program would be administered to the little darlings.

Trying to do my duty as a mother, I went to the website to take this “survey” and was shocked at what I saw. It was not a survey so much as an either-or choice that clearly shows you’re either a religious Southern Republican or a leftist heathen Democrat (living in the South). Our choices for the survey were: Abstinence-ONLY or
Abstinence-Plus-Education.

After lifting my jaw off the floor, I could only exclaim, “REALLY??!! Those are the options?! Either way, abstinence is still a major part of the curriculum?!”

I remember seeing a study since the Bush regime’s Abstinence-Only sex-education programs went into effect that showed teen pregnancies skyrocketed as has sexually transmitted diseases among teenagers. A friend of mine who is studying to be a nurse told me that in one of his STD courses, he learned that the group in which HIV is spreading the fastest is among teenage girls aged 13-18.

Thanks, Bush! Your legacy will live on via unwanted teen pregnancies that will either be aborted, put up for adoption, or force many teenage girls to go on Medicaid, WIC, and even Welfare, as well as a generation of teens who will spend the next 80 years of their lives with sexually transmitted diseases — assuming they live that long. Bush, you’ve done a bang-up job of perpetuating the Republican agenda — “no” to accurate information on sex and women’s rights, but “yes” to guns, corporate greed, war, and the death penalty. Considering Republicans hate the cost of social programs like Medicaid and Welfare, you’d think they would see the correlation between abstinence-only sex education and the rising numbers of people receiving tax-payer paid services and monthly government checks ON these social programs.

If bullying is the new evil, then why are our legislators bullying us and our children into the vacuum of religious and political brainwashing? I’m damn sure not drinking this Kool-aid!

Back to the survey I was taking, there was a third choice of “Other” with a little box to accommodate a comment. Of course, I chose that option. Here’s my response to
their ridiculous sex-ed program proposal:

“ABSTINENCE is NOT a realistic option. The human body is biologically ready for sex at the onset of puberty at age 11 or 12, and a hundred years ago, girls were married and having kids at 16. Humans are supposed to be sexual. To push a Republican agenda on our kids is WRONG. Kids need to know about sex, safe-sex practices INCLUDING birth control and condoms, as well as the consequences of sex, including pregnancy, STDs, and other infections that cause health problems (HPV, pelvic inflammation issues, etc.). I VOTE FOR EDUCATION not Puritanical religious bullshit. Feel free to email me at (my personal email).”

WOMEN OF THE UNITED STATES: If we don’t consistently stand up for our rights as human beings, as women, and as American citizens, we will find ourselves BACK in the status of second-class citizens, with no voice in the government, merely existing as the property of our father or our husband, and spending our lives barefoot and pregnant while serving the family as the maid, cook, laundress, teacher, and general slave, and serving the husband as his personal whore — a life with no rights to our bodies and no rights to our self-determination as human beings.

Wake up, America. Turn off the reality TV and other cultural mind-numbing devices, and see the brainwashing that is going on around us and to our children. 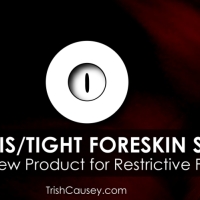 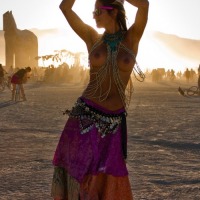